Spotlight on the LS Central AppShell: what it is, and how you can use it 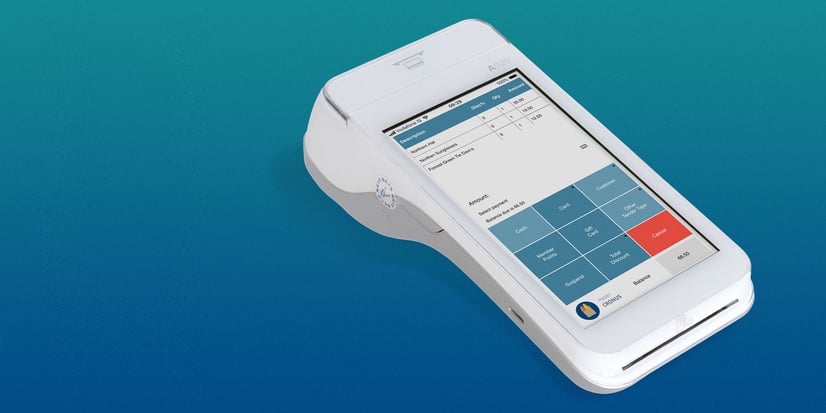 LS Central is our unified commerce system for retail and hospitality. Although LS Central is known for being user-friendly and easy to learn, it is also very rich in functionality. If you are new to the system, you may not be familiar with all its components.

For example, how much do you know about the LS Central AppShell? Probably not as much as you’d like to. We asked Olafur Jonsson, Product Owner for the LS Central POS, to tell us more about it.

In one sentence: what is the LS Central AppShell?

The LS Central AppShell is an app to run the LS Central POS (which you may know with its previous name, “web POS”) in a browser on devices.

Why was the LS Central AppShell developed?

We developed this app to make it quicker and easier to use the LS Central POS in a browser on devices, and to enable the POS to use printer and payment devices directly, without going through the Hardware Station.

How does this web POS differ from the Windows POS?

In late 2018, Microsoft announced that the Windows client for Microsoft Dynamics 365 Business Central would be discontinued with version 15.0. From then on, Business Central would run only in a browser. That’s the reason behind the LS Central web POS, which is now the default LS Central POS. This POS runs in a browser, and can therefore be used with any operating system. Although it’s built on different technology from the Windows POS, it offers the same functionality. The logic and structure are the same too, so people who were used to working with the Windows client immediately found their way with the new POS.

The new POS also offers some benefits over the old Windows client. For example, it can give connectivity to the Azure cloud. This means that you can run it as a standalone POS, as a POS with store servers, or online, connected to the Azure cloud.

So how did this AppShell come to be?

The AppShell enables you to run the web POS on devices in a managed way. Strictly speaking, you don’t need an app to run the LS Central POS on devices. If you want, you could open your preferred browser on your computer, phone, or tablet, type the URL to access the POS, log in, and run the POS.

Even if you can use this method, this is neither the quickest, nor the most effective way to run the POS. Plus, if you want the POS to directly use a printer or a payment device, you need a software to handle the connection – and that software is the LS Central AppShell.

So does the AppShell speed up this process?

It speeds up and simplifies running the POS on devices. In the AppShell, you can preconfigure all your settings: URL, user information, connection to printers, scanners and payment devices, and all other setups. The app saves the configuration on each device, so all you need to do is click on the icon that runs the app, and start selling. You don’t waste any time typing in text, don’t risk mistyping a word, and don’t have to look for the correct setup while you are busy serving customers.

Let’s say that I run a retail or restaurant chain. How would I set up the AppShell for all my devices?

One of the ideas behind the AppShell was to remove the hassle of having to set up each and every single terminal. Businesses can set up the LS Central AppShell centrally just once, and push the setting to all of their devices. And if they prefer to use different settings for different groups of devices, they can. They can set the different profiles centrally, and then just push each profile to its device group.

Let me give you an example of how much the AppShell simplifies work. Say I am opening a new store. I have a number of POS devices that need to be prepped for the first time. The setup was done centrally at HQ in an enterprise mobility management solution, and it’s then pushed to all my new POS devices. When each device is turned on for the first time, the App checks for a pre-set configuration. I just need to accept the configuration, wait a few seconds for the device to load the settings, and it’s done: my sales device is ready to be used. No looking for information, no time wasted putting in all the information in each device. The manual work is reduced to a minimum.

What happens when we release a new version of LS Central? Do retailers need to update the settings of the AppShell every time?

No, they don’t. The AppShell runs the version of LS Central that is set up in the back office, so once that version is updated, the LS Central AppShell will run that version. So the whole enterprise is always on the same version with no disruption to the business, and no intervention required.

In the past, the mobile POS offered reduced functionality compared to the stationary POS. What functionality can I use if I run the POS on my mobile with the LS Central AppShell?

With the LS Central AppShell you are running the LS Central POS through a browser interface, so you have access to all the functionality of the POS. You can look up information like product descriptions, pictures, or what’s left in your inventory and where it is, just like at the traditional Windows POS.

You can also select your preferred POS view. For example, do you want to use the clienteling view of the POS so you can better engage with customers on the floor? You can. Would you like to adjust the POS layout so it better suits your brand and business flow? No problem.

Since you are, effectively, using the LS Central POS, all the rules that you set in the back office apply. So if you have set roles and permissions, these will be active when the POS runs in the AppShell. The same goes for your security settings. Thanks to the App, you can effectively run the LS Central POS on any device.

Is there any limitation to what you can do with the App?

The only limitation is due to the different screen sizes. As a result, the POS will look slightly different on various devices. Central AppShell

Being a web-based POS, you also need connectivity to use it – but this limit is not specific to the App, it is the architecture of Business Central and a challenge that is being addressed with our hybrid plan.

How can I get the LS Central AppShell?

Learn how you can satisfy your customers’ expectations for a dynamic, personalized shopping experience with mobile POS technology.