How retail brands can benefit from Snapchat 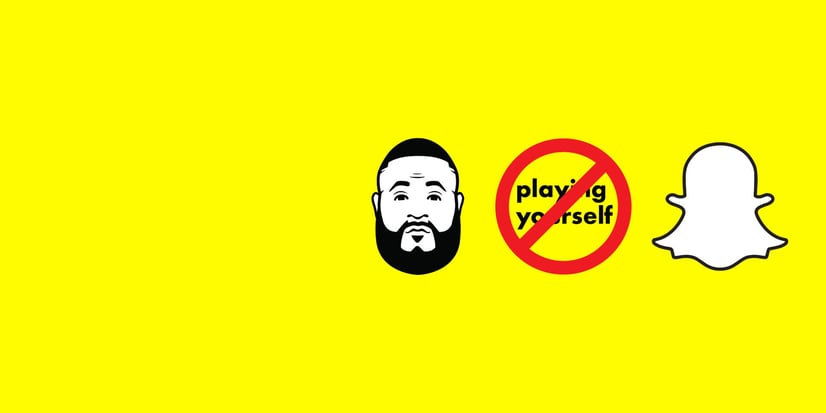 Over 100 million people use Snapchat every day to Snap with family and friends, see events from around the world, and explore a wide variety of content – that sounds crazy, right? “Snapchatters”, as users of Snapchat are called, are growing, and increasingly active. They watch over 10 billion videos every day, a number which has increased by more than 350% in the last year alone. The popular video-sharing app may be old news to teens, but retailers are still learning how to utilize the platform for their brands.

For those not familiar with the app, here is a short overview: through Snapchat, a person or brand can send photos and videos—called Snaps—to friends and followers. These Snaps can then be viewed for up to 10 seconds – and then, poof, they disappear. There are also ways to show “stories” which exist for 24 hours before being erased. As with other messaging apps, contacts can also chat and have video conversations through Snapchat. The app allows users to personalize their pics and videos with colorful filters, captions, face-swapping effects, emoji, drawings, and other playful functions. The large spectrum of communication available has made this app wildly successful.

Not just for teens any more

You could be tempted to dismiss Snapchat as an app for teens and college-age adults — but you would be wrong. While still wildly popular among younger demographic segments, the photo and video sharing app is rapidly growing its user base among older Millennials (aged 25-34) as well as the 35-and-up group. According to analytics company Comscore, more than one third of Americans between the ages of 18 and 34 use Snapchat on a monthly basis. This app can boast a higher engagement rate than Instagram! Here lies a huge potential for savvy retailers. And yet, many ask…

If it’s so popular, why aren’t many more businesses using Snapchat?

Despite its undeniable popularity with a key consumer demographic, retailers have been slow to embrace the platform, especially in comparison to older social networks like Facebook, Instagram and Pinterest. The reasons are many and varied:

Despite all these limitations and peculiarities, some retailers have successfully jumped on the Snapchat train.  And since the platform is not as crowded as, say, Facebook or Twitter, brands’ presence resonates differently.

Who are the Snapchat winners?

Some brands are more prone to experimenting with new platforms than others; and although this can be risky, bravery often pays off in the world of marketing. Let’s take a look at three brands that have successfully adapted their strategy to this new medium.

Technology and financial services company General Electric have used Snapchat to showcase a playful, geeky personality and to promote love for science. For example, they have created a series of quirky videos which answer users' scientific doubts  in a simple, engaging way. GE even consistently uses emoji to make science approachable and fun – to the point of creating an “emoji science curriculum” alongside the National Science Foundation! "The disappearing nature of [Snapchat’s] content encourages repeat usage and provides us with a unique way to celebrate invention with an expanding community of young fans," said GE's global director of innovation Sam Olstein.

Domino‘s Pizza has never been afraid to experiment with new social media channels. In the past, the brand has allowed fans to order pizza by sending an emoji to the official twitter handle; Domino’s was also the first brand to use Tinder to promote its products, encouraging singles to “swipe right” for tasty pizza deals during a Valentine Day’s campaign. Domino’s launched its Snapchat channel with a short film narrating the adventurous journey of a pizza delivery driver. Attentive viewers who noted down the random sequence of letters shown during the film were able to claim a discount code valid for an online pizza order. “At Domino’s we have a passion for creating great digital experiences that tap into culturally relevant phenomena, experiences and behaviors which we believe increases the accessibility and shareability of our content," said Nick Dutch, Dominos' head of digital strategy. "The film drove a lot more orders then we would’ve expected", he commented about the campaign.

Sephora has always had its finger on the digital pulse of its audience. On top of having a strong digital and mobile presence, Sephora was one of the first brands that started using Snapchat for promotion. On the social platform, the company hosts sweepstakes, for example giving prizes to followers who take a picture of themselves and modify it in fun and original ways using the app’s doodle feature. Sephora’s posts focus on products directed at younger Millennials and Gen Z-ers — Snapchat's core demographic. Sephora has tied its social and offline channels by setting up geofilters at its stores, allowing users to tag the snapshots they take in-store with phrases like "Let's Beauty Together." "They do really well for us," says Devon West, director of social media for Sephora.

Snapchat's user adoption rate shows no sign of slowing down. Retail brands, on the other hand, seem to be slower to follow. Although retailers often seem afraid of arriving too early to the party when it comes to social media, there are advantages in being on a booming social platform early: there's less competition with other brands, and therefore less noise; and there's still a lot of room to build an organic following. Obviously Snapchat is not for everyone. If you are, say, a B2B marketer targeting high-level decision makers — then Snapchat is not your best bet. On the other hand, if you are selling to young consumers and are looking for new ways to connect to them, Snapchat might be a fruitful untapped outlet. If it fits with your target market, take the plunge! Just remember the key rule of social media: social media is all about engagement. Make sure you get your followers in on the action.   [hubspot id="10"]