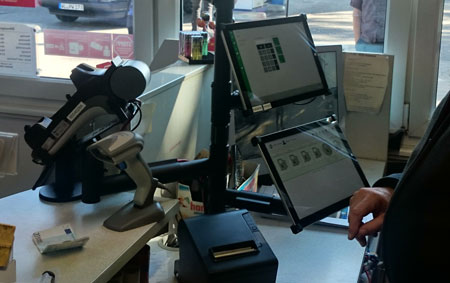 Thanks to the cooperation between LS Retail and CODAB, producer of forecourt controllers and gas station management systems, the world's first cloud-controlled service station is now operational in Germany. The fuel station is located in Hamburg and is managed by JET Tankstellen, a division of Philips 66. During its first day of operation, on October 2, 2015, the gas station served nearly 800 customers on a single cloud-based terminal. LS Retail joined the CODAB and JET Tankstellen teams as a key partner in designing the architecture of the software and managing its implementation. The system runs on LS First, LS Retail's gas station and retail software system integrated to Microsoft Dynamics for Retail. The Microsoft Dynamics Retail Server runs in the cloud, and the modern POS are operated on standard tablets. The system also features a cloud-based forecourt controller solution from CODAB. “We have been making substantial investments in the cloud, because we believe it is the future of IT,” said Magnus Norddahl, CEO at LS Retail. 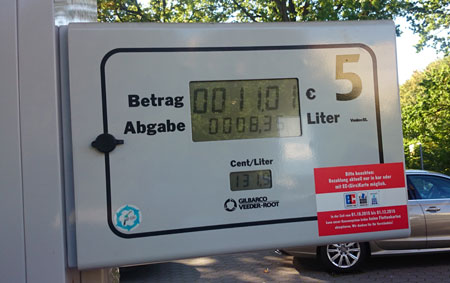 “JET’s cloud-controlled gas station is an industry first, and we at LS Retail are extremely proud to be part of this project. The cloud model enables gas station managers to take faster and smarter business decisions, giving them unprecedented adaptability to change. We believe that many more service stations will follow in JET’s footsteps,” concluded Magnus. For JET Tankstellen, the new cloud-based system is the first step towards creating the next generation of petrol stations. “Our vision is to create solutions that can easily adapt to fast market changes, are cheaper to run and are more fault-tolerant. We believe that a modern cloud-based IT architecture supports that vision. Together with our partners, we managed to run a real petrol station in Hamburg, proving the technical viability of a cloud solution in a real-life context,” said Steven Waegenaer, ‎IT Manager at JET Tankstellen.