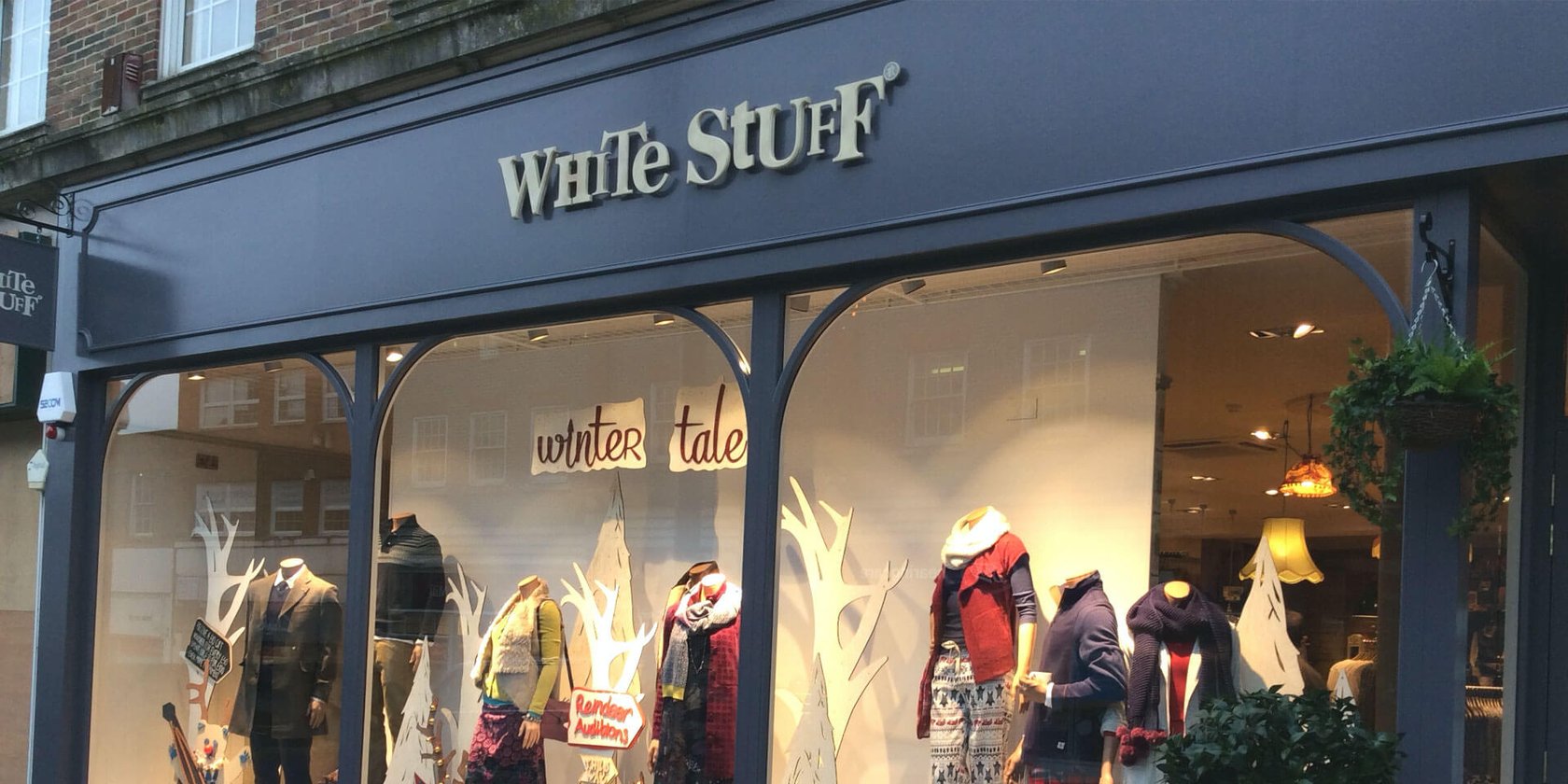 The need to position the business for future expansion, both online and through additional stores, prompted White Stuff to overhaul its IT infrastructure and implement a new omni-channel solution.

Positioning the business for growth with LS Retail

In 2010 the company went through a period of rapid expansion. As they planned to grow further, management acknowledged that a new system was needed to take the company forward across multiple channels. Ian McMillan, IT Director at White Stuff, says: “Although robust, the old system had shortcomings and for multi-channel it was difficult to use. We had a separate website, and separate warehouses for home shopping and for the stores. The communications network with the tills was expensive.” Although initially employed via the Change Management Group to manage the project, McMillan was subsequently brought in-house at White Stuff to head up the group’s IT function.

The decision to select the LS Retail software solution had been taken before McMillan's involvement, but he says the choice was based on the multi-channel capabilities of its solution—combining the Microsoft Dynamics platform with the additional omni-channel functionality.” says McMillan. Although the preferred approach to such implementations is to demand as few modifications to the core package as possible (even for a configurable Microsoft Dynamics platform) McMillan admits that when first brought onto the project his observation was that “the planned solution had a particularly high level of changes to the base package”. This presented challenges to the six-strong Business Change Team (BCT) that White Stuff had put together, which comprised “business people and not IT personnel, who’d been taken out of their day jobs”. Headed up by McMillan, he says “they helped design, test, implement, and then train people on the system”.

It was obvious the new solution would touch all parts of the business and to help the implementation McMillan took a modular approach “as much as was possible”. “It was a complete replacement of hardware and software in the stores, which was a big deal. We also added in new Verifone credit card acceptance devices . And it took a bit longer than planned, with completion in April 2011,” McMillan says. However, there was recognition that, when a whole ERP system is being replaced, the modular approach only goes so far and this was the scenario in June 2011 when it came to the implementation of LS Retail software across the remaining parts of the White Stuff business. This included warehousing, the call center, buying and merchandising, and all other central functions, as well as the interfaces into the company’s website. “You want to be as modular as possible but this requires writing interfaces linking into old code, which are then thrown away. It’s therefore a big jump at the end,” explains McMillan. For such an all-encompassing implementation there were inevitably some issues to overcome, but McMillan now suggests that this had as much to do with how the business was prepared for such major change as opposed to the technology and the system challenges: “We maybe did not focus enough on business change management.”

McMillan cites the warehouse as one area that was hit with particularly big change: “The practices changed and we needed to keep on top of this – especially as we were bringing it into the multi-channel world. It’s not just system changes but structural and reference point changes. It takes a lot of getting used to for the relevant individuals” he recalls.

With the project fully implemented, and extensive testing and training undertaken, McMillan says White Stuff traded through the vital Christmas period of 2012 with the capability to “significantly better manage its stock and assets” compared with the previous year. That ultimately delivered a better performance than that achieved in 2011. ” McMillan says there had been an appetite in the business to offer a click and collect service for some time, but it was not until the new system was put in place that they were able to offer this to their customers. It has provided the required single view of the stock, thereby enabling greater management of the warehouses, with the result that the company has been able to offer click & collect in 15 stores and will be rolling it out to its other stores over time. The stock view has also led to greater control of what goods are placed on the White Stuff website—because of the visibility of the stock positions across the warehouse, the stores, and through the order fulfillment processes.

The more accurate and timely data now available within the business is also being used throughout the organisation to improve operational performance. The company runs various daily reports across the business including finance and merchandising as well as ad-hoc analyses, that McMillan says are much easier to undertake than on the old system: “We’re using these reports to measure the benefits of click & collect, for instance.” As well as enjoying these current benefits, McMillan foresees many more advantages to be leveraged from the solution as the business seeks to further develop its multi-channel proposition. It also provides a good platform for future growth.

He says there is some “brainstorming” being performed around the company with the likes of the Chief Financial Officer and Merchandise Director, with the objective of “essentially further exploiting the system’s multi-channel capability by putting together plans to make it work better from a customers’ point of view”. “The system is helping to drive the business forward as a multi-channel operation in an integrated way. It is allowing us to think more freely and to drive things on. It’s providing an opportunity for us,” he says.

We’ve been able to manage the company as a multi-channel business, including managing the warehouse processes better, which has helped with online and store ordering. We’ve had the right amount of stock available and have got it into the stores in a more timely way, which has helped reduce the cost of markdowns.