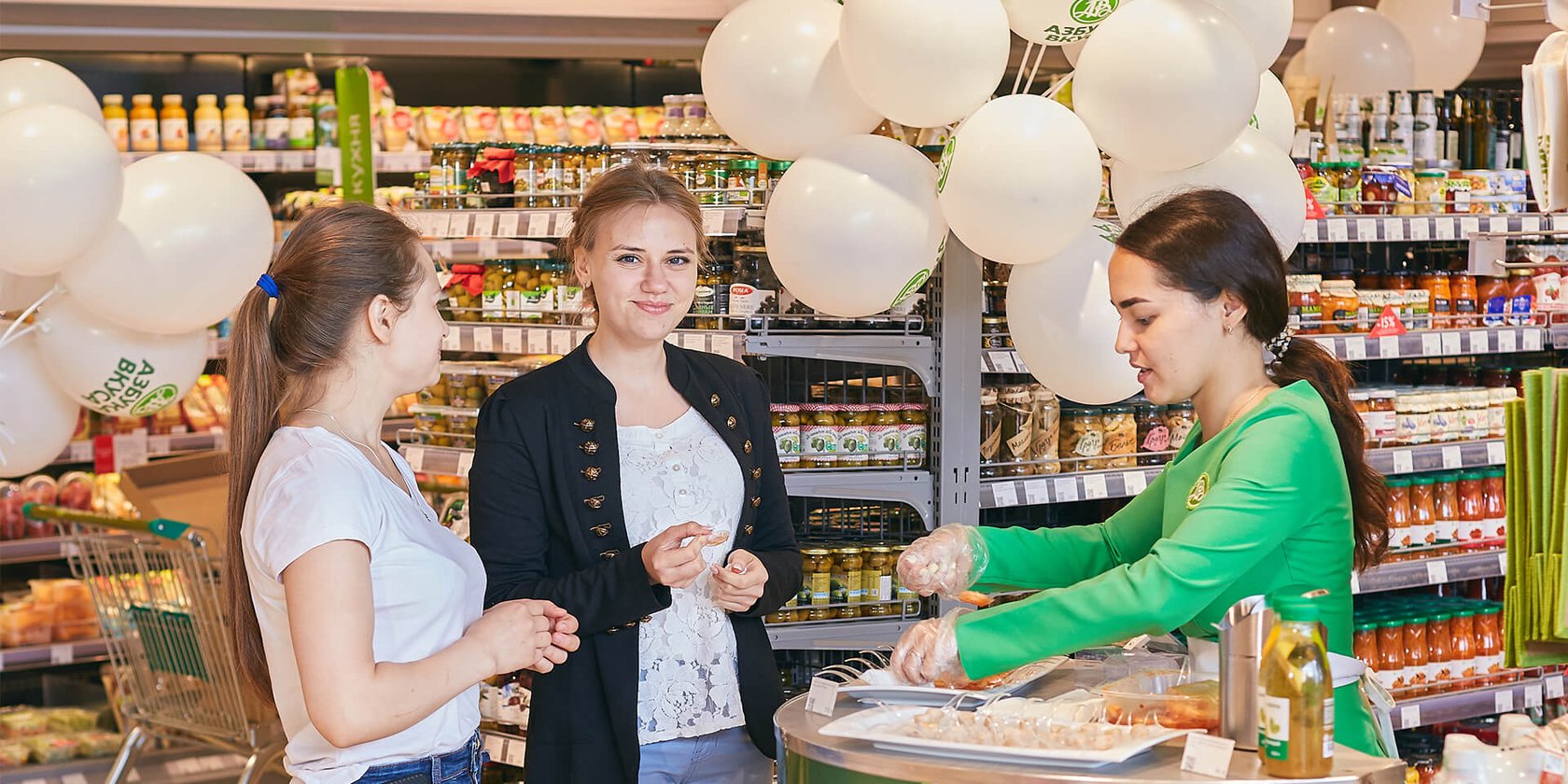 Azbuka Vkusa runs 11 supermarkets aimed at people preferring high service level, comfort at shopping, friendliness in the store premises. The target group of the chain are people from the middle and upper class with a high consumption culture. The total trading area of the stores is more than 3000 square meters, and the company employs more than 1000 people. Since its inception in 1992, Azbuka Vkusa used an information system of its own development. But in 2001 the company board realized that the system did not meet the growing business requirements any more. The system had another essential disadvantage: it did not have a functionality to calculate costs. When the company decided to implement Microsoft Dynamics ERP and automate its retail chain with LS Retail software solution, Azbuka Vkusa chose Impact Soft as its supplier.

The company transition to a new automation level was very well thought-out. "We tried to study all the solutions offered at that time in the market," remembers Denis Sologub, IT Department Director at Azbuka Vkusa, "but we realized that there was practically nothing to choose from as in the Russian market there were very few solutions intended for retail automation. The solution suggested by Impact Soft - LS Retail software solution, based on Microsoft Dynamics ERP - seemed to be the most flexible one and adaptable for our needs". This solution gave an opportunity to create a distributed system structure with centralized management, when the information entered in the stores arrives at the main office once a day. In March 2001 specialists of Impact Soft started working at the Technical requirements to the system and on the 1st of July the same year the office and the warehouse began operating in the new system. At that time the company had three stores and 2 kiosks, but they started their automation not from these stores but from a new shop that had to be opened in August 2001. The shop therefore had to be opened with the new information system. To transfer the other stores to the new solution, a special data transfer program was written. By the end of 2001 all the stores were working in the same information field. The implemented system enabled Azbuka Vkusa to make centralized organization and management of the retail trade from the main office up to POS terminals. The system supports complete POS management as well as synchronization of the data exchange between tills, stores and the main office. The LS Retail software has given the company wide possibilities to organize sales, marketing actions, to support discounts and plan special offers. The system provides sales information on the stores, shifts, product groups and products operatively. The system helps to evaluate the efficiency of the trade spaces usage. It also supports work with barcodes.

As Denis Sologub said, the implementation of LS Retail software and Microsoft Dynamics ERP "gave an opportunity of a full analysis of the stock, the stores and warehouse inventory. It enabled us not only to distribute goods from the main warehouse with higher exactness but also to organize direct deliveries of some products to the stores (which is especially important for products with short shelf life). Besides, after organizing financial accounting with LS Retail software, the logistics is close to ideal." With the business development (just last year the turnover of the company grew twice) the number of functions realized in the LS Retail software solution is growing. For example, a number of wholesale departments were opened in the stores of Azbuka Vkusa, so the IT specialists had to make a wholesale replication. Other innovations appear - some new algorithms for ordering goods, determining the demand in the stores, order picking algorithms through terminals and other things, which specialists of Azbuka Vkusa develop and implement in the system themselves. At first four out of twelve IT specialists in the supermarket chain were trained by Impact Soft. "Nowadays they are using all the advantages of the implemented system actively and so do the other users of the system (product managers, managers and others)", said Denis Sologub.

Impact Soft was founded in 1993. During this time, the company's specialists have gained unique experience in the automation of ERP and business management solutions in various industries.