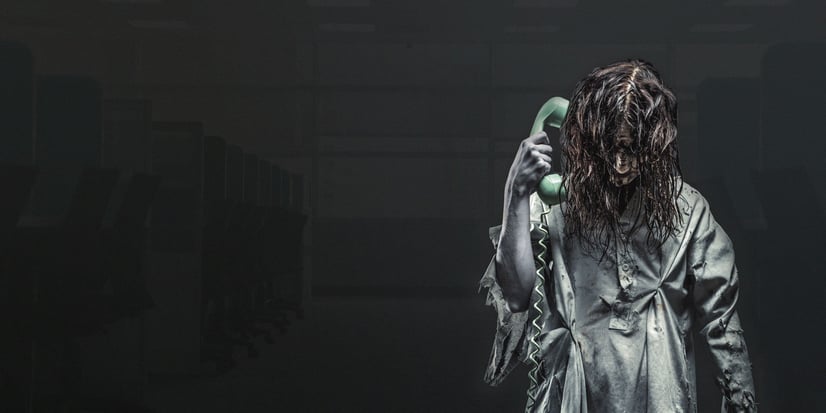 Almost 50 percent of consumers have switched to another brand as a consequence of unhelpful, rude, or unresponsive staff, a NewVoiceMedia survey reports. Poor customer service loses businesses $62 billion every year, adds Forbes. The implications are clear: you are not giving your customers good enough service? Just be aware that you risk losing half of them to the competition. As customers, we all have encountered substandard customer service at some point in our life. Speaking for myself, I usually try to give companies second and third chances –after all, brands are made of people, and you shouldn’t judge a whole company based on the questionable behavior of one or two employees. Sometimes, though, a truly bad experience is enough to push even the most forgiving customer to say goodbye. Here are three truly frightening, real-life customer service horror stories.

The international delivery company where no one is responsible

Few months ago we sent three boxes of electronic items from our HQ in Iceland to Rome, Italy, where we hosted our conference and expo conneXion. The shipment, which was handled by a well-known global delivery company (let’s just call them Unreliable Delivery Service, UDS for short), reached Italy one month before our conference, and that’s where the horrors started. First UDS Italy could not figure out the right code to clear items at customs – no matter that we described the product in Italian, and even sent them a link to the item’s official website. One week, six phone calls, many not-very-polite emails and a lawyer consultation later, this problem was solved – and that’s when UDS Italy realized that UDS Iceland had sent them the wrong paperwork. Instead of solving the problem between regional chapters, UDS Italy sent us cryptic emails hinting at some number on some piece of paperwork being either missing or incorrect – without ever telling us exactly which document was the problem. Now, I love charades as much as the next person – but not when I’m working on organizing an international conference. In the end, our boxes reached Rome too late, when our conference was well underway. Not only: just two out of three boxes arrived. Furious, we asked for explanations. UDS’s comment? “Boxes get lost sometimes”. Wow. The nightmare was not over. We contacted UDS international to complain about the poor service we received in Italy. We reached out to two of their Twitter handles. We sent emails to four different offices. All they could say was “That sounds horrible, but we are not really responsible for UDS Italy and we don’t really know who is.” We got, unsurprisingly, no reply from UDS Italy. Needless to say, we now use a different service for our daily international deliveries. The most terrifying bit: This international, large company apparently does not have any control over its regional offices. So when one of them delivers horrendous service and stains the brand name, they are unable to do anything to help unhappy customers: forget “I’ll take care of it” – they aren’t even able to say “You should speak to this person”.

The airline that will not make it up to its customers

My flight from a European capital to Reykjavik was delayed four hours. It’s annoying, but hey, these things happen. The airline (let’s call them “Thin Air”) notified travelers of the delay less than two hours before the planned departure, long after they had known the plane would not leave on time. When I went to look for a representative of the airline, a surprised airport staff member told me they had already left – even though European regulations require airlines to offer passengers free refreshments in case of long delays like this one. I contacted the Thin Air customer service which however, being a Sunday, was closed (although they fly 24/7, their customer service doesn’t seem to follow suit). I then submitted a claim to their website: “The processing of claims can take up to 4-8 weeks,” was the automated response. (I received a response from customer service ten months later: a bulk “sincere apology” email). When I recounted my misadventure to friends and colleagues, I discovered many of them had similar stories to tell, and several had vowed never to fly Thin Air again. Needless to say, I now fly with a different airline. The scariest part: Thin Air prides itself on being a fun, playful, service-oriented company. On its website, the company makes a number of pledges – two of them are, ironically, punctuality and providing unforgettable service all the way. With this kind of company values, you’d think they could at least have offered passengers a free sandwich (a free cookie, perhaps? A sip of orange juice?) during the four-hour flight, after we had already been delayed four whole hours. Well – you’d be wrong.

The online retailer that doesn’t (re-)deliver

The first pair of shoes I bought online arrived to destination quickly. I was happy until I discovered that they didn’t fit. I figured I could just return them – after all, a clothes and apparel company must be used to returns, right? Problem number one surfaced when I read the instructions on how to return the product: the shipping company assigned to handle returns didn’t operate in my country. So I found another delivery company, and paid for sending the items back. When I got notification that the company had received the shoes, I kindly emailed them back saying I had yet to receive a replacement or a refund. No response. I called them, and I was told they would fix it right away. So I waited. And waited. I never received a replacement pair of shoes, or my money back. Needless to say, I won’t be shopping from that e-commerce retailer again, and I have warned my friends from doing so. A shopper’s nightmare: This is the worst fear connected to online shopping come true: returning a product and never receiving a replacement - or your money back. And as the brand is located in another country, I felt like there was nothing else I could do – aside from complaining online, and warning other shoppers that this is not a trustworthy retailer.   You want to know the worst part of all these stories? It wasn’t the issues that caused me to abandon these companies: rather, it’s the way the problems were handled. Had the companies listened, and offered a solution, I would probably still be their customer. People are creatures of habit: if a service we have used before has satisfied us, we are likely to stay loyal. If you notice that you lose customers quickly, you’d better start wondering: what am I not doing? Who am I not listening to? Customer service expert Jay Baer believes that unhappy customers are your most important customers: their complaints show you what you are doing wrong, and give you a possibility to do better. And yet, one third of customer complaints go unanswered. Although 40 percent of a company’s revenue comes from their current customers, and although it’s much cheaper to maintain a current customer than to gain a new one, in average companies spend just a measly 2 percent of budget on customer service. A customer service horror story like the ones above can be enough to scare a customer away for life. If you want to give shoppers long-lasting chills, make sure to follow the example of the three customer service nightmare masters above. If, on the other hand, your business plans do not include losing customers by the handful, make sure you deal with issues, and that you listen to customers, respond to complaints and resolve issues timely. 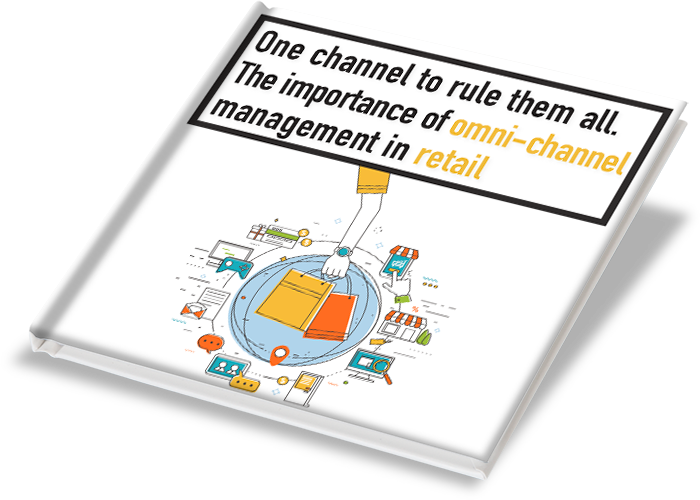