Rustan Coffee, part of the Rustan Group of Companies, has been the authorized licensee of Starbucks in the Philippines for the past 20 years. Starbucks is the premier roaster and retailer of specialty coffee in the world. In the Philippines it is the leading coffeehouse, with 300 stores nationwide. Despite the growing competition of coffeehouses, Starbucks has stood strong thanks to the professional yet personal attention that the chain’s baristas give to every customer. Starbucks uses so-called conversational ordering. To build warmth and familiarity, Starbucks baristas engage customers in conversation while taking their orders. The staff member memorizes the customer’s name, their favorite drink or even their usual time of arrival in the store. LS Nav, based on Microsoft Dynamics NAV, has been instrumental in attaining Starbucks’ goal of building that connection with customers. Starbucks Philippines has been using LS Nav Hospitality since 2005.

Overcoming the challenges of disconnected systems

Before implementing LS Nav Hospitality, Rustan Coffee had several disconnected business systems, including an ERP system, a highly customized warehouse management software, a local POS system, and multiple reporting and business intelligence tools. None of the existing system infrastructure was integrated, forcing employees to perform many business processes manually. Without integration, financial details from the POS system did not reflect in the ERP system, and finance administrators had to enter information manually. Extensive customizations were also causing problems, for instance making upgrades to the warehouse software difficult to implement. The fragmented business infrastructure demanded significant resources to run and maintain, and consequently had a negative impact on productivity. All of the company’s 33-person finance team worked on manual transaction and payment processing, reconciliations, and financial reporting. Because systems were not integrated, information could not flow through the company. In meetings, management was often unable to draw on the previous week’s sales updates from the stores, as it took almost three weeks for reports to be ready.

Looking for the right system

The team started reviewing technology providers. After examining many solutions including Microsoft, Oracle, and SAP, the team selected LS Nav, based on Microsoft Dynamics NAV.

With LS Nav, all locations are connected to headquarters, and sales data from the POS stations immediately reflects in the ERP system, where it is available for financial calculations and reporting. This gives management visibility on what’s happening in each store. One-time data entry has also eliminated discrepancies between various business systems and largely removed human error. With hundreds of stores, price updates and auditing could be a nightmare. Not with LS Nav. With the new system, Starbucks management can update prices centrally in the head office. As actual transactions can be easily accessed from head office, it’s easy to spot cases of pilferage. LS Nav also gives management detailed information on customer preferences, what items are top selling, which stores are profitable, and even more critical information that can be used to take timely business decisions.

Adapting the system to Starbucks’ needs

“All our systems and infrastructure should be designed to create a connection between Starbucks staff members and customers,” says Mr. Larry Matias, CIO of Rustan Coffee and Starbucks Philippines. With this in mind, he initiated a new design of the POS interface. “The basic interface of the LS Nav POS works fine, but we needed something to fit our need,” he adds. The team developed a new POS interface with the help of LS Retail partner Performance Advantage Systems International, Inc. (PASI). The new interface helps baristas take orders faster and more easily, giving them more time to talk to customers. “That’s one of the things I like about LS Nav. It’s flexible, it allows us to do customizations like this. And unlike other solutions, we will not be stuck with the current version, as the customization we created can be easily migrated to the new version,” Mr. Matias continues. Starbucks just migrated all their 300 stores to the latest version of LS Nav - in just 5 weeks. “Having an LS Retail partner with good support structure is important in any retail company like ours. PASI’s business model fits the support requirement of Starbucks,” says Mr. Matias.

With LS Nav, all locations are connected to headquarters, and sales data from the POS stations immediately reflects in the ERP system, where it is available for financial calculations and reporting. This gives management visibility on what’s happening in each store. One-time data entry has also eliminated discrepancies between various business systems and largely removed human error. 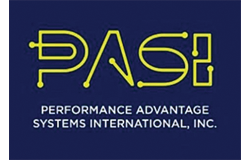 Since 2002, PASI has grown offering their expertise in accounting and financial management, distribution, manufacturing, transportation and logistics, and hospitality by providing services to companies not only in the Philippines but also in other countries in Asia Pacific and Middle East.